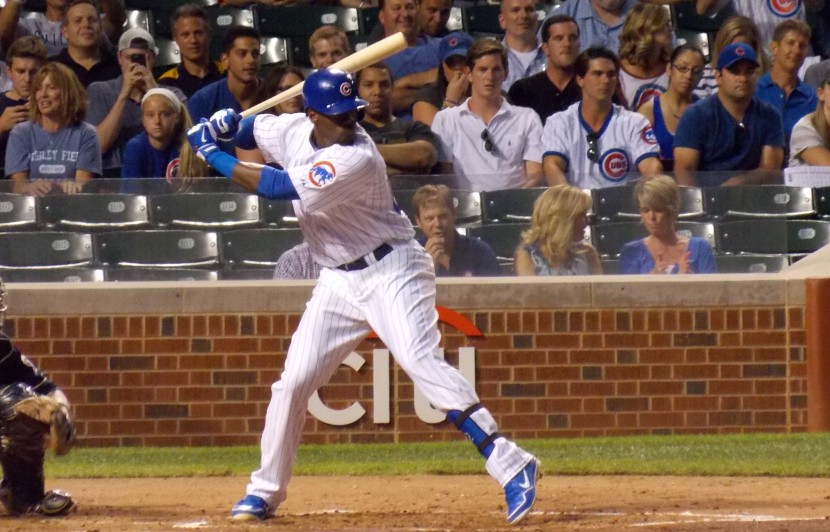 On Friday afternoon, the Chicago Cubs were sitting at 13-8 on the season, Addison Russell had just hit his first career home run, and Jon Lester had pitched a gem of a game and gotten his first win in a Cubs’ uniform.

Everything, as they say, was coming up Milhouse.

Then, in the blink of an eye, everything seemed to unravel. The Cubs’ bullpen began to falter. Their starting pitching vanished. Their offense even vanished over the weekend as they were badly outscored and dropped two straight games to the Milwaukee Brewers. On Monday night, it appeared that they were back on track as they took a 5-0 lead in the first inning, but it all came undone as Travis Wood surrendered four runs and the Cubs ultimately lost the game thanks to some poor work done by their bullpen.

A quick perusal of social media after the game revealed plenty of anger within the Cubs’ fan base, and rightfully so. This was a game that the Cubs by all accounts should have won, and a combination of bad pitching and bad luck conspired against them as they dropped their third straight game and fourth in the last five games overall.

Amid all of that anger though, an interesting fact becomes abundantly clear: it feels good to get this worked up about baseball again.

For years now, a Cubs loss would be met by some eye-rolling and maybe an occasional hand-wringing gesture, but fans got over it. To paraphrase Heath Ledger’s Joker, it was “all part of the plan.” The Cubs needed to lose these games to give their young talent time to develop in the minor leagues, and they got some really high draft picks and made some serious trades as a result as they reshaped the entire roster from top to bottom.

Now, with a group of veterans brought in and the youngsters really starting to come into the big leagues, expectations are on the rise on the north side of Chicago. Every Kris Bryant at-bat is met with breathless anticipation as fans await his first home run. Every diving stop by Starlin Castro is fawned over at length. Every Anthony Rizzo stolen base elicits reminders that he has more steals than the entire Chicago White Sox roster.

These things are part of the allure of baseball, and it’s so nice to have them back.

So before you get too worked up about losing a game to the St. Louis Cardinals in early May, or before you rue the fact that the Cubs could easily be 17-7 or 16-8 at this point of the season, just remember this: how much more fun is it to care about baseball than it was to ignore it and wait for Bears season to start?

From one observer’s perspective, this is a heck of a lot better.

The Chicago White Sox have been stocking up on bullpen arms like it’s going out of style this offseason, but the Chicago Cubs joined the fray on Monday night as they agreed to terms with former St. Louis Cardinals closer Jason Motte.

Motte, who missed all of 2013 thanks to Tommy John surgery, had 42 saves for the Cardinals in the 2012 season, and while he only pitched 29 games in 2014, he showed little of the promise he had displayed in his breakout year. He had a 4.68 ERA in his appearances with the Cardinals, and his WHIP of 1.52 and K/9 of 6.1 were both well off the pace from his year as a closer. He was ultimately left off the Cardinals’ postseason roster as a result of his struggles.

On the plus side of the ledger, Motte’s velocity didn’t seem to be an issue during the season, as he averaged 94 MPH with his fastball.

According to reports, Motte will be paid $4.5 million during the 2015 season, and his signing illustrates that the Cubs aren’t going to take any chances that their bullpen will continue their success from last year. It’s unclear where Motte will fit in at this point, but it wouldn’t be impossible to imagine him in a seventh or eighth inning role to start with under the guidance of Joe Maddon and Chris Bosio.